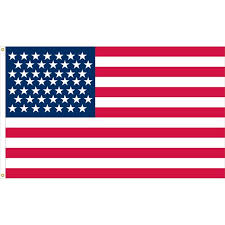 Somewhere, I know there is a photo of me taken at a Bicentennial parade looking patriotic in an over-the-top sort of way. I’m wearing red, white, and blue clothing and waving an American flag. My tricycle is decked out in paper streamers, and a sign is taped to the back of my seat that reads  “Happy Birthday, America!” The only thing missing is a bald eagle flying above me in the sky.

I was about five years old, and the times were much simpler.

This year, I wasn’t in the mood for fireworks or singing about the land of the free. I did grill some burgers and dogs for dinner tonight, but that’s because we have to eat. And, I always appreciate a three-day weekend. But, in light of the U.S. Supreme Court rulings this past month, I’m not feeling particularly festive. I’m not going to get into politics here. But, in general, my rights as a Jewish American woman have been infringed upon. This country is supposed to be built on freedom of religion, but the line between church and state – that I count on – has been blurred beyond recognition. And it’s not a good feeling, to say the least.

But, while I’m not feeling patriotic, I am grateful. Grateful to live in a country where there is still freedom of speech so that I can say these things on my blog or in person and not fear punishment. Backlash on social media, maybe…but not punishment.

6 comments on Patriotic? Maybe Not This Year