Home » LWOAM » From Camp to College 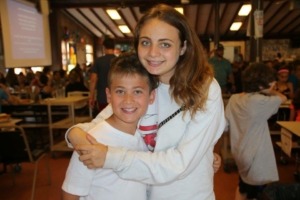 One of the best things I ever did for my kids was to send them to overnight camp. For a few years, they spent four weeks away from home amongst friends enjoying the outdoors, developing their connection to Judaism, and navigating daily life without us being there to intervene.

Having never been to an overnight camp as a child, I didn’t know what to expect for my kids. Friends who had that experience in their youth remember it fondly and strongly encouraged me to send them. I remember wondering how I could entrust my children’s lives to complete strangers who were paid to look out for them. But, as I learned more about the camp from other parents and the people working there, I realized it was a special place.

The first year I sent Jenna to camp, I marveled at her self-sufficiency when she came home. She made her bed and brushed her teeth without being asked, which was a miracle in itself. The following summer, she returned and built upon her good habits while pushing herself to try new things. Four weeks later, we picked her up, and she told us she was becoming a vegetarian because she didn’t want animals to suffer so that she could eat. I thought it was a passing phase, but she kept it up for the next three years. The summer after that, Andrew joined her at camp. In addition to their good habits and adventures, they came home with a stronger sibling bond than before (as seen in the photo above from several summers ago).

Those four weeks also allowed me and my husband to spend quality time together. We went to outdoor concerts, saw a few shows, ate at fancier and less kid-friendly restaurants, and one year even escaped to Punta Cana for a week. We reminded ourselves how much we still enjoy each other’s company sans the children.

Over the last two weeks, we had another practice run of the empty nester life. With one kid living away this summer and the other at Philmont Scouting Ranch in New Mexico, we were alone again, but together. And, I’m happy to say we made the most of it! 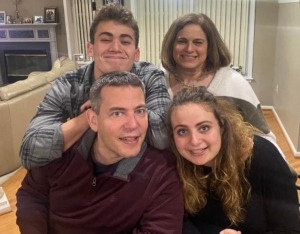 As I think back to those summers when we dropped off our kids at camp, I realize they were a precursor for what will happen in a few short weeks. We were practicing to become empty nesters. The only difference is that this time they will be away for a lot longer. But, they will be back often with laundry in tow and stories to tell. It will be a different dynamic for our family, but I’m thankful those summer camp experiences prepared us for the next chapter.

5 comments on From Camp to College