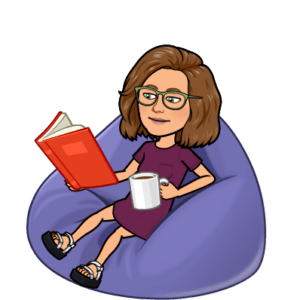 I love a good podcast, and lately, I’ve been listening to episodes about the ’70s and ’80s nostalgia. One of my favorites is “The Pop Culture Preservation Society,” which recently dedicated an entire episode to ranking Barry Manilow songs. Whether you are a Fanilow or not, I highly recommend it. And if you are a child of either of these decades, this podcast is worth checking out.

So, what does this have to do with my reading life? I also came across some podcasts that were just plain awful. The topics were interesting but misleading, including one that took a deep dive into books turned into movies. When one of the hosts declared that books were “a waste of his precious time,” I immediately banned him and his podcast from my playlist.

You can imagine the horror I felt when I heard these words. And if you agree with him, then maybe this blog post isn’t for you. But, if you are a casual or a voracious reader, or at the very least feel that books are gifts that keep on giving, keep on reading!

The Nolan family looks good on paper. A husband who shines as the beloved young pastor at a Texas Evangelical church with an incredibly supportive wife by his side. Two daughters, Abigail and Caroline, were born into his spotlight and grew up under the constant watchful eye of members of the congregation. When the community learns of an affair between the pastor and a congregant, scandal erupts in their seemingly perfect life. And his wife, their daughters, and the congregation must decide if he can be forgiven and what that means for their own faith and family values.

I’ll get straight to it. I LOVED this book. I’m a sucker for a good family drama, and basing the story in a fire and brimstone church setting brought the stakes to an all-time high. The story centers around the pastor’s daughters – one relying on her faith in the wake of the scandal and the other questioning everything she was ever taught about living a moral, Christian lifestyle. However, the reader also watches the community’s reactions unfold – from their mother to the senior pastor to their significant others. The ending was pretty predictable but getting there made for a fun and fascinating read.

The Other Black Girl

I am only about three chapters into this summer bestseller, but I am immersed in this story about a young Black woman working as an associate in a publishing company. Having worked in publishing myself for the first 10 years of my career, I can totally relate to everything from the tedious manuscript prep to author and editor meetings over fancy dinners that I could never afford on my salary alone. But, you guys, there is something seriously messed up about the office politics at this company! Diversity is a joke across the board, and bosses are condescendingly sweet, but I am anxiously awaiting the backstabbing to begin.

This book is due back at the library on Tuesday. I should finish it by then, but if not – I’ll happily pay the late fee.

I’m so glad our book club selected Malibu Rising by Taylor Jenkins Reid. This is another summer smash hit that many people have on their TBR list. I can’t wait to dive into this one. It will make for a nice end to the summer reading season.

So, you know that self-imposed book-buying ban I announced last month to focus on the books I own and not be tempted by shiny new titles? Yeah, that’s officially over. 😉

In the middle of the month, I fell off the wagon when I attended HippoCamp 2021 and accidentally left my Kindle at home. I was so mad at myself but quickly realized that one of the best things about a writing conference is their bookstore.

It started innocently enough. My first visit to the bookstore yielded four books specifically about my craft. Come on – that’s not a shopping spree; it’s a tax write-off!

But then I went back. Twice. And picked up five more titles from the table written by some of the amazing writers and brilliant speakers attending the conference. How could I not buy these books after I met them face to face? These are my kind of people, and I want to get to know them better. What better way than by buying their book. 🙂

I wish I could tell you that the end of the writers’ conference was the end of the shopping spree. However, I’d be lying. I went home, picked up my Kindle, and proceeded to purchase several titles. I’ve lost count of how many I downloaded, and I don’t want to know. Let’s just say that I have been an excellent literary citizen this month.

I typically end these book reports for a plea to buy from independent bookstores. I’m sad to say that I have done the opposite this month and bought many cheap titles from that big box store that I don’t like to speak of.

So, PLEASE – do as I say and not as I do and support independent bookstores. I will do better when I am ready for my next shopping spree – but that won’t be for a while.